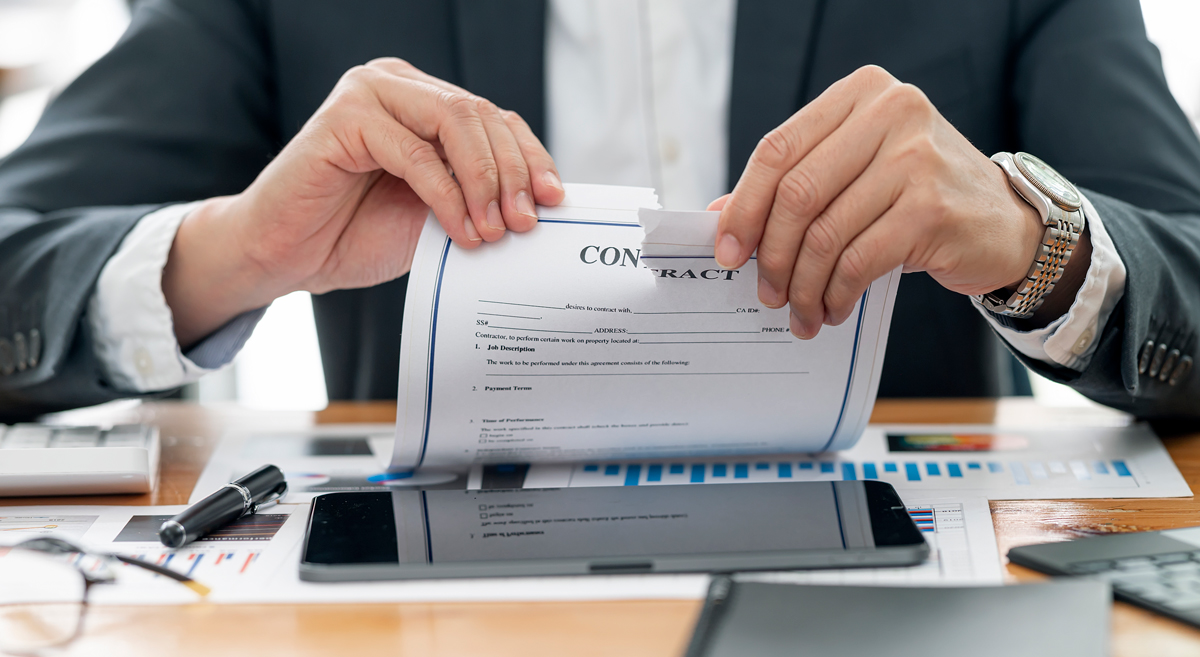 The 4 Main Types of Breach of Contract

Anyone who has entered a legal agreement can experience a breach of contract. If you deal with a high volume of agreements, such as employment contracts and vendor or customer deals, you may be at a higher risk of facing this issue. Fortunately, contracts are legally-binding documents, so there is often a remedy when a party fails to uphold their fair share of the bargain. The first important step to reclaim your contracted rights is to recognize that a breach occurred.

Types of Breach of Contract

A breach of contract occurs when one or more parties to the contract don’t honor a binding agreement. The four types of contract breaches recognized by law today include:

A partial breach, also known as a minor breach, occurs when one party doesn’t perform part of the contract even if the specified service or item was ultimately delivered. For instance, it’s considered a minor breach if a homeowner seeks roofing replacement with a specific material and the contractor uses a different material with the same value. Other than departing from one specific contract requirement, the service provider has completed and delivered all other parts of the contracted request.

An actual breach of contract is a breach that has already occurred, and the breaching party has refused to fulfill their obligations within the stipulated timelines or has performed their duties improperly or incompletely.

When an actual breach does occur, there are multiple remedies the affected party may pursue. They include compensatory damages to mitigate direct economic losses from the breach, as well as consequential losses or indirect losses that exceed the contract value but are the result of the breach.

While an actual breach examines a current failure or refusal to perform contractual obligations, an anticipatory breach refers to instances when the non-breaching party recognizes that the other party will fail to perform their part of the bargain in the future. The non-breaching party can ultimately terminate the contract and sue for damage before the actual breach happens. In most cases, anticipatory breaches occur when one party announces ahead of time that they plan not to fulfill their share of the bargain.

Whether you have breached a contract or seek to take action against a party that has, it is important to understand the four categories of contract breaches to get a proper legal response. Always speak to an experienced attorney to help you better evaluate the next steps to take.

Disclaimer: This website may be considered an advertisement. The content on this site is for informational purposes only and should not be interpreted as legal advice. Consult an attorney for advice regarding your own unique situation. Simply contacting us does not establish an attorney-client relationship. Please avoid sending confidential information to us until such time as a formal attorney-client relationship has been created. Licensed in SC.